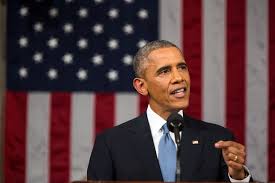 In an op-ed in the Washington Post called “Rethinking solitary confinement,” President Obama banned the use of solitary for juveniles in federal custody. The President’s ground-breaking announcement was based on a six-month investigation by the Department of Justice of the overuse of solitary confinement in U.S. prisons. The new policy follows the Justice Department’s recommendations. The President’s announcement raises to a new level the position of major professional organizations, lawmakers, and child advocates.

Stop Solitary for Kids agrees with President Obama’s call for an end to solitary confinement of young people, but much more needs to be done. The President’s new policy only applies to youth charged with federal offenses, but it can serve as a model for state and county facilities, where most youth are incarcerated. There must be a coordinated national movement to end solitary confinement for kids in all juvenile facilities. This should involve the legislative, executive, and judicial branches of government, and include voices from all parts of the juvenile justice system, from youth and families directly affected by solitary confinement to agency administrators and facility superintendents who must ensure the safety of youth and staff in their institutions.